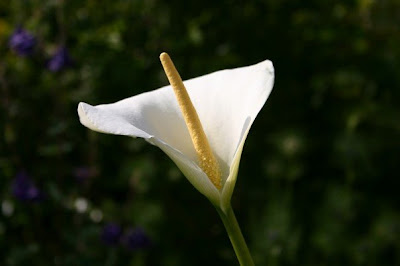 This week has been hard. It's been busy both at work and home, but I have been particularly saddened by the news that Arabella Sock lost her little boy Luka in a tragic accident. Whilst I am merely just a follower of Arabella's brilliantly funny and light hearted tales of gardening and life and do not know her in real life, I have found myself shedding more than just a few tears of sadness for her and Luka. I think this is because I too am so strongly bonded with my troublesome bundle of fur Stilton, that I can only begin to imagine the pain she is going through now from losing Luka.

It has set me thinking about death and how we deal with it, both of beloved pets and friends and family. It is something I feel very uneasy discussing. I have never quite known what to say to comfort people. Although I usually feel a great deal of empathy for the bereaved I always worry how to say something that sincerely reflects my sentiments. I am not a greatly religious person. As the only child of two hippies I have had a rather strange relationship with religion. My mother being the product of an affair between a devout Roman Catholic and a Jew and my father having been brought up a Christian turned to Buddhism in his early twenties. They decided not to christen me as a baby but let me make my own choice as to what I wanted to believe when I was old enough to do so. I'm not an atheist, but I cannot say that I follow a religion either. I feel more akin to the spirituality and wisdom of Buddhist teachings than anything else, but I do not attend a temple. I do however find that at times of sadness I turn to poetry and writings more than at any other time in my life.

Last summer my dear gran passed away. She had suffered a bad fall and had lost her mobility due to a broken hip the previous summer and when it was discovered that she had developed cancer a year later she passed away very quickly in her sleep, as if she had decided she no longer had the energy or inclination to fight it. The passage that most helped me during that time of sadness was taken from the poetic essays of Kahil Gibran.

Than Almitra spoke, saying, "We would ask now of Death."

You would know the secret of death.

But how shall you find it unless you seek it in the heart of life?

The owl whose night-bound eyes are blind unto the day cannot unveil the mystery of light.

If you would indeed behold the spirit of death, open your heart wide unto the body of life.

For life and death are one, even as the river and the sea are one.

In the depth of your hopes and desires lies your silent knowledge of the beyond;

And like seeds dreaming beneath the snow your heart dreams of spring.

Trust the dreams, for in them is hidden the gate to eternity.

Your fear of death is but the trembling of the shepherd when he stands before the king whose hand is to be laid upon him in honour.

Is the sheered not joyful beneath his trembling, that he shall wear the mark of the king?

Yet is he not more mindful of his trembling?

For what is it to die but to stand naked in the wind and to melt into the sun?

And what is to cease breathing, but to free the breath from its restless tides, that it may rise and expand and seek God unencumbered?

Only when you drink from the river of silence shall you indeed sing.

And when you have reached the mountain top, then you shall begin to climb.

And when the earth shall claim your limbs, then shall you truly dance.

From The Prophet by Kahil Gibran.

I do not know why it moves me so much, but it strikes a chord and was a passage that we read at her funeral. I like to believe that we will all go on to dance.

Having grown up on a smallholding I learnt to deal with and accept death at an early age. Sometimes a goat kids and has difficulties; the babies do not get enough oxygen to the brain and are born never to live more than a few hours. I leant to cope with this, hold them and care for them until they passed. Sometimes a new chick of gosling would drown in but a saucer of water. I never really understood why these things had to happen, but they did and I dealt with it. 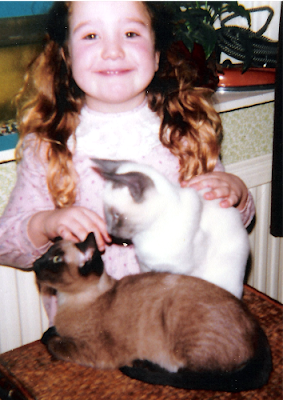 When you form a bond however, with a favoured pet such as a cat, I have found that it is much harder to deal with losing them. I have had two close companions before Stilton. Cleo was the first. A brown first generation Tonkinese just like Stilton. She was quiet and sweet natured and very tolerant of the little girl that loved to play with her. 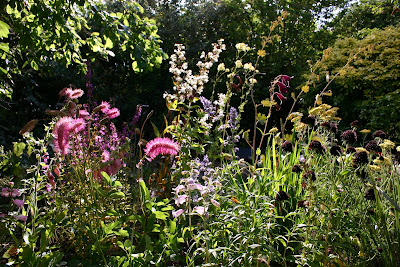 She died at nine after being hit by a car. We buried her under a greengage tree at Tumbledown Farm. Having the tree to remember her by has been quite important to me. It is somewhere I can reflect about the happy times I spent with her. Putting the first flower border in this summer under Cleo's greengage tree has been very satisfying. 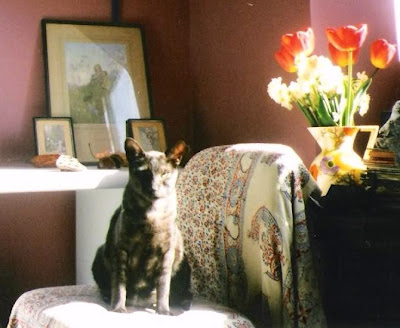 Siggy was my last purr baby. She was a black smoke oriental and one of the most tolerant and loving souls I have ever met. She travelled around the country with me as I went to university and intermittently back to Tumbledown Farm. She and I made many friends and acquaintances along the way. She was an extremely loyal, quite reserved but incredibly loving girl and was always there for me when I needed a hug. I lost her quiet shockingly to cat flu (even though she was inoculated) when she was 10. Like Cleo, Siggy took up a special resting place in the garden, this time beneath one of the Bramley apple trees in the orchard. I was particularly delighted when the Little Owl family moved into Siggy's tree a few years ago. It is a special place which is now made more magical by their presence. 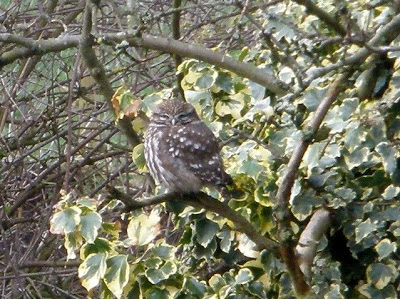 From my own experiences I have found gardening the best way to cope with grief. It is a place I can channel my energies and spend time quietly contemplating. I began gardening with enthusiasm after the death of my gran, as I felt closer to her in the garden. It was where she loved to be, even when she had lost her mobility, her interests were always focussed to the woodpecker family that visited the feeders she hung on the tree outside her bedroom window. It is the same with my lovely cats, I feel closer to them when I look at their trees.

Losing loved ones is never easy, especially when their lives are cut short. I guess what I am trying to say is although it is deeply painful to lose those we love dearly, they are never far from us and our lives are so much more the richer from having known them. My thoughts this week are very much with Arabella and my dear friend Carol who tragically lost her niece last week.

Posted by Rothschild Orchid at 13:51

Email ThisBlogThis!Share to TwitterShare to FacebookShare to Pinterest
Labels: Cats