I've been tagged! The Inelegant Gardener and Joanne have tagged me with a meme, and so it now seems I have to tell you seven interesting things about myself.

To participate in the Meme Award, you need to:

*Link back to the person who gave you the award;
*Reveal seven things about yourself;
*Choose seven other blogs to nominate and post a link to them;
*Let each of your choices know that they have been tagged by leaving a comment on their blog;
*And finally let the tagger know when your post is up.

Hmmmmmmm. I have been scratching my head for the last 24 hours trying to think of seven interesting things. This has been very hard!

(1) The first is a confession. It is a problem I have suffered from for many years. My father finds it hilariously funny. I however take it very seriously. I have for the last fifteen years suffered from extreme anger at the sight of a man riding a bicycle that is too small for him. The mere sight of this extremely idiotic act sends me into a blind rage. 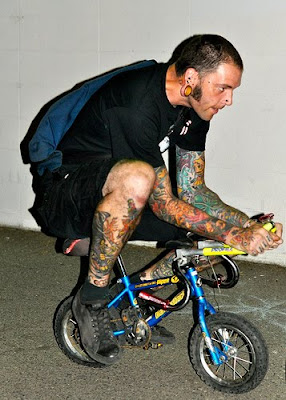 Right I'm taking a deep breath, counting to ten and moving swiftly on before I get any more upset....but why? Somebody please tell me why?

(2) I used to have a chicken called Bottom. She was a fluffy white Peking bantam. Yes I know I was a very cruel child! I also had ones called Oberon, Titania, Puck, Peaseblossom, Cobweb, Moth and Mustardseed.

(3) The school hall was my playroom. 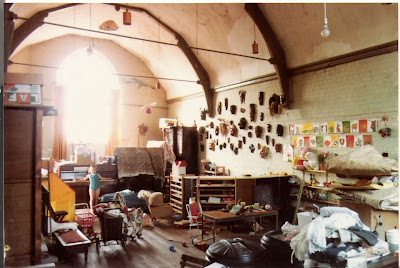 When my parents first moved from London to The Fens they bought a Victorian school house in need of renovation. I had the school hall as my very own playroom.

(4) I'm anyone's best friend for a glass or two of Laphroaig. 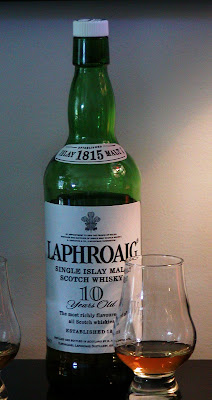 Years of camping in dark damp fields and digging countless muddy holes during my early twenties has helped me to develop a taste for single malt whisky.

(6) I learnt to read Old and Middle Egyptian hieroglyphs at University. Whilst most of it has now disappeared into the far recesses of my mind, there was a time when I travelled around Egypt with a smug look on my face as the tour guides pointed out what the hieroglyphs on a building said and I would think to myself "Oh no they don't! What they actually say is..."

(7) I have two middle names. Mum had always wanted a big family. Unfortunately my parents were not lucky. They were beset with problems and I was the only survivor of 18 pregnancies. I had a twin brother. When my mother miscarried him, she nearly lost me too. She was kept in hospital for several days where she befriended the lady in the bed next to her, Lillian. On the day mum found out I was going to survive, Lillian died of cancer. And so although my parents had already chosen names for me, I had an extra one, for the light that went out when mine began to shine. 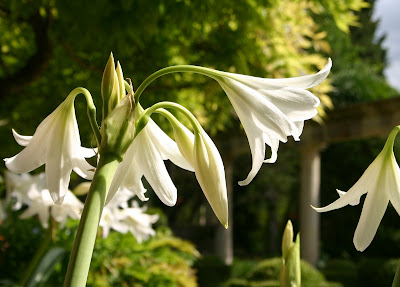 And so, I pass this Meme on to the following bloggers. There is no pressure to take part!

(1) The Sea of Immeasurable Gravy -arguably the best bloggy woggy on the block!

(2) Victoria's Backyard -a beautifully written blog about a sub-tropical garden in London.

(3) Rob -busy muttering in the shrubbery.

(4) Ms B who's blog muses about life and gardening and even has its own alien teddy bear!

(5) The Clockwork Dodo who has a rather strange taste for cabbage white butterflies.

(7) Costa de la Luz Gardening and Everything and Nothing -gardening in southern Andalucia.

Thanks to the Happy Mouffetard and Joanne for the tag!
Posted by Rothschild Orchid at 21:23

Thanks for suggesting me but I've only just responded to the same meme invitation on my other blog http://mipieenmiboca.blogspot.com It took me nearly all day and I was exhausted at the end of it! So, apologies, but I won't be participating this time.

I shall enjoy reading your other nominees' blogs and catching up with you. Loved the Anglo-Nubian goats. I had two at one time, Heather and Nutmeg, and their milk was sublime.

I'm sorry I missed that one! It's hard to know who to tag as I'm so new to this blogging world.

Anglo-Nubian milk has the highest butter fats of all the dairy goats, its the richest and creamiest, the best for making lovely things such as cheese :o)

Hi Rothschild Orchid - nice to meet you! Thanks for popping in to my blog. I've really enjoyed reading yours - your work sounds fascinating, but then I've always been interested in archeology!
Tumbledown Farm looks wonderful and Stilton is very nearly as handsome as Ceefer cat!!! :)

Hmmmmm, we'll see! I just looked up meme as being a numpty wasn't sure what one was! I'm atleast glad it is not pronounced as in me me!!!

I hope you didn't put poor Bottom in the pot.

Nope she lived a long and happy life scratching around Tumbledown Farm and dust bathing in all the best flower borders whenever she got the opportunity.

Very happy to meet you too Nutty Gnome. Stilton is so pleased you stopped by he said he is going to overlook your comments about Ceefer Cat just this once!

No obligation to reply to the Meme at all Ms B and Ryan,

Thanks for stopping by,

Great facts, RO - thank you for participating. I sort of understand what you mean about men on tiny bikes but mild irritation rather than blind rage!